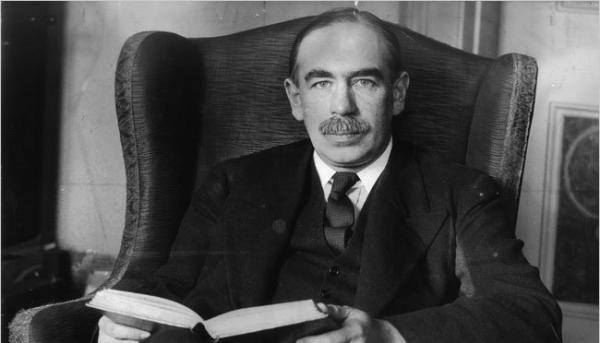 What were the economic consequences of ultra-low interest rates? The answer may not be as easy as you might think. John Maynard Keynes, one of the most influential economists of the 20th century, known for theorizing the role of government in stimulating the economy, has also provided the intellectual framework for a sharp reduction in interest rates, with two goals in mind: reducing economic inequality and achieving full employment. Here’s what he had to say about the “rentier” (an archaic term for “saver”) in Chapter 24 of his seminal book “General Theory of Employment, Interest and Money,” published in 1936.

“The outstanding faults of the economic society in which we live are its failure to provide for full employment and its arbitrary and inequitable distribution of wealth and incomes. (…) From the late nineteenth century, significant progress towards the removal of large disparities of wealth and income have been realized through the instrument of direct taxes – income tax, personal income tax and inheritance tax – particularly in Great Britain. (…) But we have seen that, to the point where full employment prevails, the capital growth does not depend at all on a low propensity for consumption but, on the contrary … only in conditions of full employment a low propensity for consumption is conducive to capital growth. (…) Now, this state of affairs would be quite compatible with a degree of individualism, but that would mean the euthanasia of the rentier, and, consequently, the euthanasia of the cumulative oppressive power of the capitalist to exploit the scarcity value of the capital. Interest today does not reward true sacrifice, surely not more than (it can reward) the leasing of land. The owner of capital can obtain interest because capital is scarce, just as the owner of the land can obtain rent because land is scarce. But while there may be intrinsic reasons for the scarcity of land, there are no intrinsic reasons for the scarcity of capital. (…) I see, therefore, the rentier aspect of capitalism as a transitional phase which will disappear when the job is done. And with the disappearance of its rentier aspect much more will undergo a deep change. It will also be a great advantage of the order of events that I’m not advocating that euthanasia of the rentier, the investor without utility, is sudden, but it’s just a gradual but prolonged continuance of what we have seen recently and … that no revolution is not necessary.”

In fact, no revolution was necessary. Interest rates have steadily declined over the past 30 years. However, the latest (final?) stage of this decline was largely due to an unprecedented intervention by major central banks in the world, in the form of extremely low interest rates and successive rounds of quantitative easing, where they bought trillions in government bonds. As a result, the capital was really discredited. At this point there are almost € 3’000’000’000’000 the value of European bonds that have negative returns. If he were alive today, Keynes would undoubtedly applaud this and would give high five to his followers within the central bank. But the investor? What is logical to do? What can you do?

As investors, we are essentially used to buy. Consequently, before buying we try to understand what is the risk / return ratio of waht we intend to buy, just as we evaluate the advisability of any purchase or any charges in relation to the price. Such low rates, however, have had an interesting side effect: they ruined the culture of risk, because the idea of perpetuating (understood in subjective terms of the time horizon of a few years) of zero rates and the apparent guarantee of a superior entity make everything interesting. We  tend to forget that the bond is simply a loan that the lender (who has the capital) accomodate to the issuer (who asks the loan) in return for an income (interest).

The interest rate of a bond is given by two elements: what is being paid for the interest rate risk and what is being paid for the credit risk. In essence: the more long-term the bond, the more it must make; the more uncertain is the debtor’s solvency, the more it must make. A bond that makes zero or has a negative return is therefore a sheer nonsense, a concept similar to Escher’s stairs: why do I have to give money to someone who (in addition to at least a minimum statistical chance of becoming insolvent and in any case to make me run a liquidity risk in the event of market crisis) does not pay me any interest back? Or worse I have to pay (negative rates)? It’s clearly better keep them steady and available. What yields nothing is worth nothing: and if it’s worth anything you have to sell it to make the price fall and find a balance of value. The income of a financial asset is a certain fact: at any given time, which we call t(0), income is what is paid by the underlying form of a coupon or, in the case of shares, by the profits (which are partially distributed in the form of dividend).

Since 2008, the yield (revenue+revaluation/devaluation of capital) in the assets listed above has been well above 50% in Bonds activities and 100% of Shares ones. What conclusions can be drawn?

1) When income is high (2008), the Capital Gain is certain.
2) When there is practically no income (today) the Capital Loss is certain.
3) By selling bonds in the open activities today, in the medium term the Capital Gain becomes certain.
4) In the coming years, the yield (revenue+revaluation/devaluation of Capital) will be produced by Capital Gain and not by income since it is virtually non-existent.

CONCLUSIONS – In the medium term (3-5 years) the only way to get 100% certain Capital Gain in the financial markets is: sell short all European asset classes, with the exception of the stock market. The painful and sensitive issue is the timing, which will primarily depend on how long the ECB will decide to remain this state of affairs.