Home Newsletter Forgive us their debts 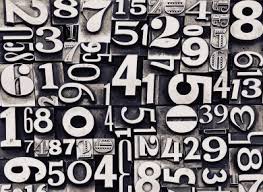 Maurits Cornelis Escher (1898 – 1972) was a Dutch graphic artist and engraver. Questioning perception and placing absurd and meaningless riddles unanswered, Escher had fun proposing contradictory images, images that play with reality and unreality. Inspired by the paradox, illusion, and double-meaning, his works are also in large part, for various reasons, related to the cycle a recurring theme of his artwork. Escher’s work of art was much loved by scientists, logicians, mathematicians and physicists who appreciated his rational use of polyhedra, geometric distortions and original interpretations belonging to science concepts. The impossible and the paradox are strong points of Escher’s work: by looking at “Relativity” we see stairs that rise and fall in every direction, in direct contradiction to our conception of reality. Even in “Going up and down” the structure composed by the Dutch artist forms a cycle that closes on itself, even if with some escape route (which, however, may lead again to another cycle?). There is no way to see the image as a world with no sense except, perhaps only by challenging our concept of reality and giving up to recognize the relationship between things according to our laws of physics. Escher’s images are based on the same principle: they have as a solid point of reference recognizable in realistic forms which are then put together in the strangest ways. When the observer perceives the paradox is too late: he can not re-evaluate the objects now identified and taken for granted and remains stunned in front of an image irreconcilable with the concept of reality.

What does Escher have to do with the current situation? The link is that in the twine between economic policies, swelling of crisis, real perceptions, induced perceptions and market trends there are such and so many contradictions that it is impossible to put them together on a rational level. But while the work of Escher is an artistic exercise, economies and markets are a reality with which we all interact in our lives.

There is a very close binary correlation between movements of the markets and long-term changes in the socio-economic fabric. Each go hand in hand with the other, they are both cause and symptom: it is precisely within the generational trends of financial assets, especially in the Stock Market, that the great social and political changes take place (first social and then political changes!) often in a traumatic way. The growing feeling is that behind those long-term charts which I also presented at International Trading Forum in Rimini – showing among other things that this QE is not the first but the longest (even if others did not require all these efforts, with short-term rates starting from higher levels and with much less sick economies) – is hiding a wider range reality: the translation of some major issues unresolved is in its final phase, translating from the markets to the social reality.

It’s necessary to question and receive concrete answers on how it is possible that a world that in the last two decades was completely overwhelmed by the technological innovations  – and which is still in the process of rewriting its ethical and social rules – it is still governed by an approach to economic policies dating back to the last century.

It’s necessary to question and receive concrete answers on where it is going, in the light of the demographic curve and zero rates, the social and pension system of the West.

It’s necessary to question and receive concrete answers on who will pay the bill of the house of cards represented by the large debt of the majority of Western countries, exacerbated by the need to plug the leaks of the recent crisis.

It’s more and more an end in itself exercise – I would say similar to the ostrich that hides its head in the sand in front of the lion: I do not see it, therefore it doesn’t exist – to continue to discuss the health of the tree (the indexes) or of the individual branch (titles) without looking at what happens to the forest. And therefore it is impossible to deal with the technical framework of world stock markets in general or the markets in general without first dealing with the context of absolute exceptionality in which such a framework is being developed, in particular the situation of the government debt and the subsequent actions of the central banks. In these late sessions, the yields on 10 years German Bunds have moved to below 0.10%. This means that, in real terms, an investor who buys at these levels – net of fees, taxes etc. – pays the German government to keep the money for ten years and at the same time monetizes the absolute certainty of losing purchasing power, unless we enter a period of deep deflation.

These are not opinions but numbers, which find a possible explanation only through the analysis of three scenarios:

(2) Europe (= the Western world) is moving towards a new phase of recession and deflation;

(3) it is in place on government bonds of the so-called “strong” Europe (but not only that: the US debt) a speculative bubble which by size and potential consequences is the Mother of All Bubbles.

In case 1 – with many ifs and buts – the investor might be right to invest in Bunds, for no other reason than to protect themselves: the variable, it is known, is that of Brexit which by know is seen not as a referendum but as a potential atomic attack.

In case 2, given the current strong flattening of the yield curve, the investor should prefer the debt of other countries: the history of markets shows that when the spread between long- and short-term yields assumes a flattening trend as the current one with short-term rates at record lows, both are bad priced in terms of risk/return ratio.

In case 3, as always happens in bubbles, it will pass so abruptly from passive observation of the phenomenon to the recognition of excess, that the investor will remain with the classic short match in hand.

Case 1 is by far the less likely to happen, even if it is the one on which is based the “emotional reasoning” of some investors. Case 2, which is the one on which the data trend of the last few months points (which could still be overturned by the combination of upward markets + upward consumer confidence), implies a long tail deflationary and recessionary crisis, similar to the US post-’29 and Japan’s post-’90 scenarios. Case 3 is the most complex, be the cause of the outbreak the spill over on the rate structure of the monstrous fictitious cash (fiat money) which was created by governments to remedy decades of Keynesian errors of economic and social policy, resulting in a never-ending sequence of speculative bubbles on the markets for the past 20 years, or be the cause simply the triggering of a situation of insolvency chain. In two out of three cases (2 and 3), the investor who buys the Bund now (which is considered the safest thing to do) is wrong: in one out of three, then (3), is totally wrong. Even if he is right (case 1 = Euro crisis), being right could be of little use. An economist might argue that – given the mathematical structure of a bond price construction – a bubble on the bonds is impossible since the price has its limits at the point where the yield is zero: the problem is that zero in many cases has already been exceeded downward without (almost) anybody questioning publicly about the meaning in applying a hidden tax on citizens’ savings. A bubble is not just a question of mathematics, but also logical one. And logic would lead to the conclusion that, in part or in whole, the final price of this gigantic picture of Escher – not much different from a classic Ponzi scheme, which basically differs only because at it’s base there’s not a scam or will to gain, but only acceptance of the fact that the central bank is given power to print infinite money and reach the absurdity of being paid by the creditor’s debts – will be paid by the citizens in the form of taxes (even negative returns I am a tax!), with the applicable consequences: debt can not be repaid by another debt indefinitely. I will just note that these days the traditional markets seem to spin like a hamster in the wheel: a lot of effort, very few results (except for some niche segment like the gold-bearing). I have no certainties, no solutions to offer as well as those of my models, but something interesting from this reasoning is clear emerges: government debt in the advanced economies is an asset class likely to be less efficient, less attractive and less powerful in the coming years. The market rate is going to increase: and the gold, the pressure relief valve of the system and real alternative currency, which year to date increases in a very put together way, it’s a confirmation.